For information regarding the school’s disability policy and services please contact the Academic Dean’s office at 303-329-6355 extension 15.

Complying with the Title IX & Violence Against Women Act

Notice of Nondiscrimination As a recipient of federal funds, Colorado School of Traditional Chinese Medicine is required to comply with Title IX of the Higher Education Amendments of 1972, 20 U.S.C. § 1681 et seq. (“Title IX”), which prohibits discrimination on the basis of sex in educational programs or activities, admission, and employment. Under certain circumstances, sexual misconduct, sexual harassment, and similar conduct constitute sexual discrimination prohibited by Title IX. Inquiries concerning the application of Title IX may be referred to CSTCM’s Title IX Coordinator or to the U.S. Department of Education’s Office for Civil Rights. The Colorado School of Traditional Chinese Medicine’s Title IX Coordinator whose office is located at the office of the Academic Dean, 303-329-6355 Ext. 15,Dean@cstcm.edu .

The Jeanne Clery Disclosure of Campus Security Policy and Campus Crime Statistics Act (20 USC § 1092(f)) is the landmark federal law, originally known as the Campus Security Act, that requires colleges and universities across the United States to disclose information about crime on and around their campuses.

Because the law is tied to participation in federal student financial aid programs it applies to most institutions of higher education both public and private. It is enforced by the U.S. Department of Education.

The “Clery Act” is named in memory of 19-year-old university freshman Jeanne Ann Clery who was raped and murdered while asleep in her Pennsylvania residence hall room on April 5, 1986. 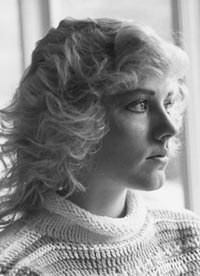 Jeanne’s parents, Connie and Howard, discovered that students hadn’t been told about 38 violent crimes on their daughter’s campus in the three years before her murder. They joined with other campus crime victims and persuaded Congress to enact this law, which was originally known as the “Crime Awareness and Campus Security Act of 1990.”

The law was amended in 1992 to add a requirement that schools afford the victims of campus sexual assault certain basic rights and was amended again in 1998 to expand the reporting requirements. The 1998 amendments also formally named the law in memory of Jeanne Clery.

Subsequent amendments in 2000 and 2008 added provisions dealing with registered sex offender notification and campus emergency response, respectively. The 2008 amendments also added a provision to protect crime victims, “whistleblowers”, and others from retaliation.

In compliance with the Violence Against Women Act (VAWA), starting with the 2013 Annual Security Report, the School will include information about reports of domestic violence, stalking and dating violence which has occurred on or adjacent to campus in the Annual Security Report. Furthermore, prompt reporting of such incidents to the Denver Police Department in the precinct in which the incident(s) occurred is encouraged. The School’s Policy of Discrimination addresses domestic violence, dating violence and stalking. Please make a report if you have knowledge of a CSTCM student engaging in any such behavior.

In the State of Colorado, Consent is defined as:

Cooperation in act or attitude pursuant to an exercise of free will and with knowledge of the nature of the act.  A current or previous relationship shall not be sufficient to constitute consent under the provisions of this part 4. Submission under the influence of fear shall not constitute consent. Nothing in this definition shall be construed to affect the admissibility of evidence or the burden of proof in regard to the issue of consent under this part 4.
(C.R.S. 18-3-401)

In the State of Colorado, Domestic Violence is defined as:

(2) “Intimate relationship” means a relationship between spouses, former spouses, past or present unmarried couples, or persons who are both the parents of the same child regardless of whether the persons have been married or have lived together at any time.
(C.R.S. 18-6-800.3 (2013))

In the State of Colorado, Stalking is defined as: (1) A person commits stalking if directly, or indirectly through another person, the person knowingly:

(a) Makes a credible threat to another person and, in connection with the threat, repeatedly follows, approaches, contacts, or places under surveillance that person, a member of that person’s immediate family, or someone with whom that person has or has had a continuing relationship; or

(b) Makes a credible threat to another person and, in connection with the threat, repeatedly makes any form of communication with that person, a member of that person’s immediate family, or someone with whom that person has or has had a continuing relationship, regardless of whether a conversation ensues; or

Please note: The State of Colorado does not have a specific definition of Dating Violence. As such, the federal definition applies (see below).

The above definitions are included here so that individuals understand how such acts are defined in the State of Colorado. However, in compliance with VAWA, the Annual Security Report includes reports of incidents which meet the federal definitions of such crimes.

The federal definition of Domestic Violence is:

The federal definition of Stalking is:

Engaging in a course of conduct directed at a specific person that would cause a reasonable person to (A) fear for his or her safety or the safety of others, or (B) suffer substantial emotional distress.

The federal definition of Dating Violence is:

Violence committed by a person (A) who is or has been in a social relationship of a romantic or intimate nature with the victim; and (B) where the existence of such a relationship shall be determined based on a consideration of the following factors: (i) the length of the relationship, (ii) the type of relationship, and (iii) the frequency of interaction between the persons involved in the relationship.

Five Reasons To Get A Natural Health Degree

Acupuncture School: What Can I Expect

Not a member yet? Register now

Are you a member? Login now