You are Invited to a Special Presentation by Professor Pan Xiaochuan

Title: The Theoretical Basis of Traditional Chinese Medicine is Derived from Ancient Cosmology

Professor Pan Xiaochuan graduated from Heilongjiang University of Traditional Chinese Medicine in 1983, and earned a master’s degree in TCM from Dalian Medical University in 1991.

Professor Pan was president of the Canadian Oriental Medical College from 2001 to 2009, and vice chairman of Acupuncture Council of British Columbia from 2010 to 2012. Since 2012 he has dedicated himself to teaching and promoting his Classical Chinese Medicine Self-consistent System all around the world.

More than thirty years of studying the classic Chinese medicine literature led Professor Pan to develop the Classical Chinese Medicine Self-Consistent System. The System is based on the classic texts including the Huang Di Nei Jing, Nan Jing, the Yi Jing and the synthesis of Classical Chinese Medicine with Traditional Chinese Medicine theory and modern astrophysics. The system builds the unified framework of Heaven, Earth and Persons. The Taiji is the model of the double helix structure of the universe and is the He Tu in the mathematical models of Taiji. This idea runs through the whole system and is the same as the self-consistent basis of the whole system from microcosmic scales to macrocosmic scales. All the theoretical problems of Chinese medicine are finally explained and clarified as the double-helical field problem. The double-helical field is the three-dimensional Taiji, which is the foundational system model for the entire universe.

The Classic Chinese Medicine Self-Consistent System, according to the double spiral theory foundation manifests in Chinese Medicine as the Acupuncture Spirit, Moxibustion Soul, Herbal Essence and Pentatonic Power, which are self- consistent on the basis of this double helix.

There is no charge for this presentation. 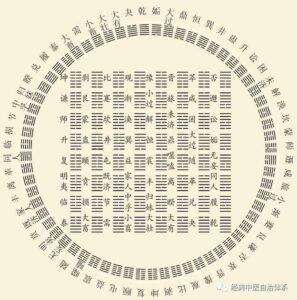